And So it Goes

Friends, it's been a while.   I feel like that is such a classic blogger phrase-- I meant to write, but then life got in the way-- you know four kids blah blah blah.

Well, that's only half true this time.  There were lots of times where I meant to sit down and write but there were plenty more where I felt like a whiny brat and didn't want my vast, vast* readership to feel obliged to put up with my BA.**  But it's better now-- hormones are more in check, life more balanced, sun shining more inside and out, sarcastic state fully returned, and poop is once again funny.

So what happened-- well, a couple things really.

The first and more importantly we are all so incredibly smitten with our newest. 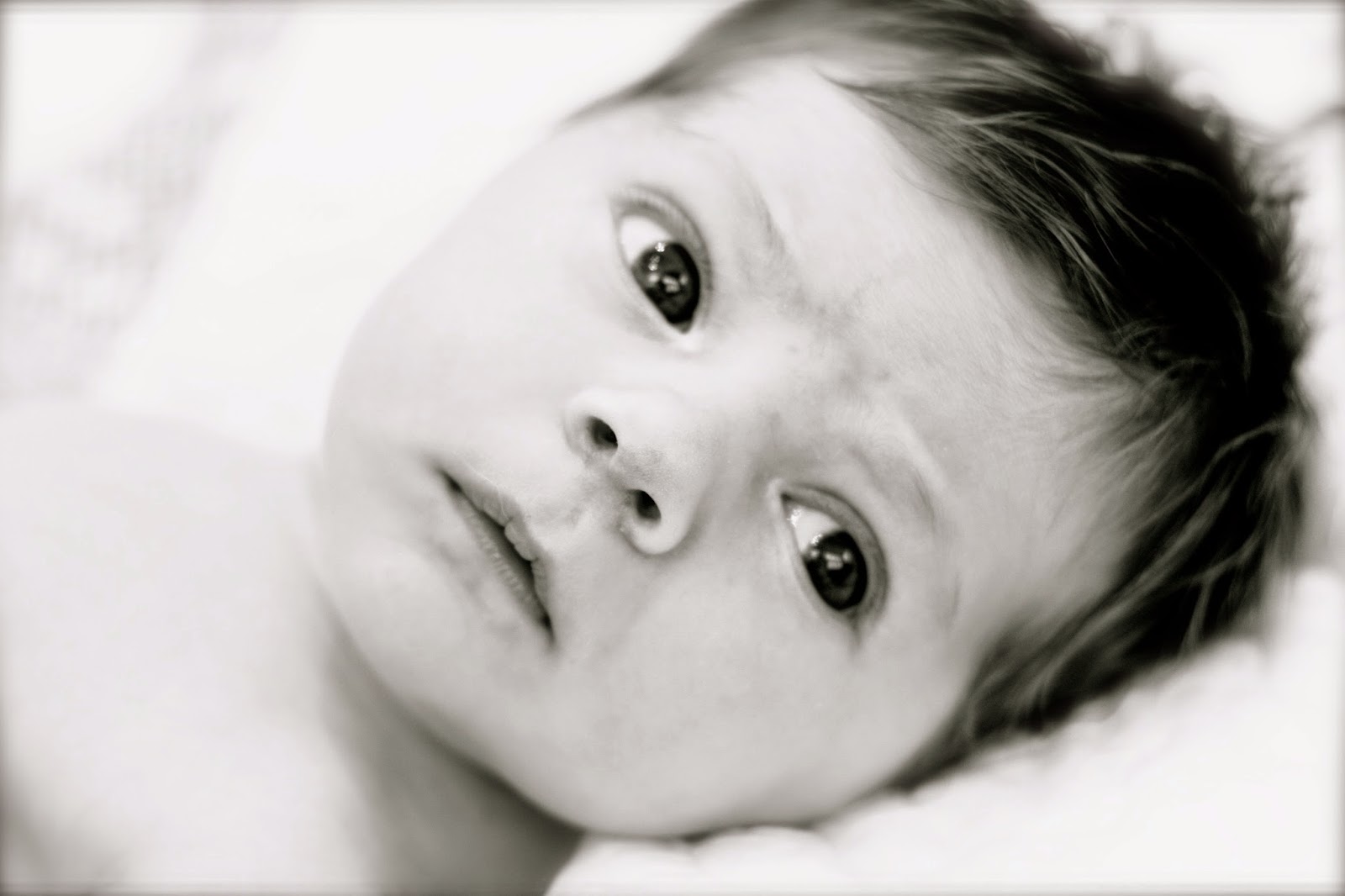 Today it struck me that never again will we have a teeny tiny baby in our household.  Moira has already passed that fragile infants stage. It was over in an instant.  I have put away the newborn size clothing in favor of bigger clothing and we have purchased our last box of N diapers.   Her once resting, not quite ready for the world face has been replaced with bright, alert eyes with the corners of her mouth beginning to smile.  It's the "hey, you look familiar" phase. . . but the precious itty-bitty is gone.*** It's heartbreaking and exciting all in the same moment.

This is likely the last time we will be down this journey with an infant and I am feeling frustrated that I am already missing what was, even if what 'was', was just last week or last month.

Secondly, we find ourselves trekking through a familiar valley.  Moira didn't pass her newborn hearing screen. I chalked it up originally to a failure in equipment but it after two repeat tests, it appears that sweet daughter is hard of hearing.

I almost instantly felt a familiar wash of nausea and cold memories of having gone through this with James.  Looking back, I don't think I really processed those beginning days with James-- It was a dark time.  Routinely I have wanted to kick myself for not being more optimistic. I was so fearful of what the virus would mean for my sweet baby that I missed some sweet of the baby.

Lessons aren't always learned just because you are able to articulate them in your mind's eye.  I am working through this lesson once again.

The darkest part for me was the suggestion by the pediatrician that we screen her for CMV.  I was always under the impression that it was nearly impossible to contract it again once you have immunity-- but it turns out there is a one in a million**** chance and it was worth screening.  Call it PTSD, but I sobbed for days-- walk into a room and sob, look at the sky and sob, look at the sweet baby and sob.  I couldn't deal with the guilt that I might have passed a virus to another child of mine-- especially after being so careful about my health.   It took two weeks to get the testing completed and for that time, I couldn't think about blogging with any sense of logic--in fact, there was very little I did successfully during this time.  I doggie paddled through the day and tried to fake it when out in public but inside I was still gutted with guilt and sadness.  The hormones probably didn't help either.

So hence, the absence-- there isn't much to write when you want to finish each paragraph with "and I am sad and whiny."

I will save you the time and give you the spoiler alert, Moira doesn't have CMV, which was a tremendous outcome for us.  It means there are a lot of associated risks that we won't have to be on high alert for.  However it raises even more questions for James-- we have two kids with the same sort of hearing loss- which means we need to re-visit the genetic testing once again.  We didn't find a genetic tie when we went through this in 2009 but are told that much has advanced since then.  There is a possibility that although James did have CMV at 9 weeks old, that he either a) got it shortly after birth or b) did have congenital CMV but it didn't cause his hearing loss.*****    Moira looks great (to me at least) and seems like she is developing well-- we are hopeful that we will just be dealing with the hearing aids. 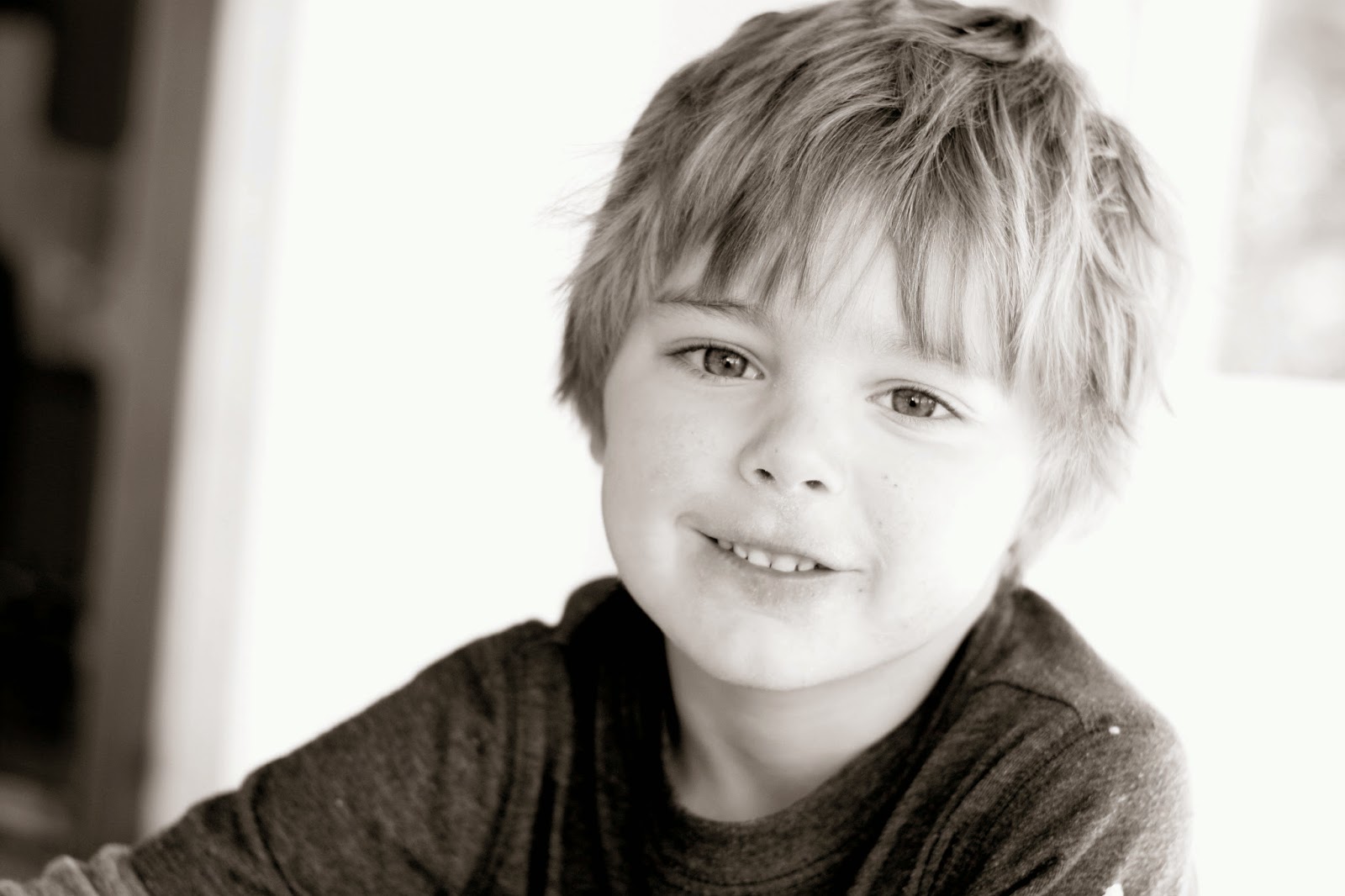 I have thought a lot about James these last few weeks-- especially James, the baby.  Those first few days and weeks were so fearful and I am working hard to not repeat those mistake again.  He has brought tremendous joy -- especially when I hear him sing or watch him break dance to his favorite tune.  Again, I know that not everyone has a good outcome, and many have it far worse-- but I am so delighted with seeing the journey of my little boy.  I couldn't have a better example of a fantastic outcome and a fantastic role model for his little sister.   I am not blind to the fact that we will once again be busy with extra appointments, specialists, insurance battles and the what not-- but I am going to try and slow down my racing mind when it comes to my relationship with her-- focus on the sweetness of the baby.  If Moira is half as fun as James, we should be in for a good time.

Emotionally I am doing much better.  I have been keeping busy and focusing on joy.  I am also successfully enjoying the sweet within the sweet baby.  I can't get back the two weeks of fear and sadness but I am focused on the positive now and it feels pretty fantastic.  Loving a baby is a pretty good way to get your joy index up.

Clinically, there isn't a lot that can be done in Ketchikan so we are seeking treatment back in Minnesota.  We will return in December so that we can meet with the team at the U (where James went) and use our audiologist to do an ABR on Moira.  At that point, we will know exactly what she hears and doesn't so that she can be fitted with hearing aids.   A visit from friends and family should help the joy index as well.

So that's the life right now. . .We are carrying on as our merry band of six.  How sweet it is.

*All six of you.
**Bad Friggen Attitude.
***Let's be real, it's not like she's graduating or anything, knuckle-bite. They grow old so fast.
****Hyperbole. very small.
*****Matt has brought up the fact that we are an interesting clinical case.   It's certainly odd either way.
Posted by Dana at 8:03 PM No comments:

We are celebrating again in our little house today.  Simon Tirfe is two.  That's right-- although we have been feeling the effects for quite some time. . . today we officially have two-two year olds.   Wrap your arms around that one folks. . . TWO two year olds.   I am sure you are all feeling immense pangs of jealousy.*

Kidding aside, it's pretty sweet.  A good 90% is hilarious-- the other 10% is epic badness.  I think that's what having kids means though.

Simon has had an incredible couple months-- the arrival of the baby has made him suddenly a big boy.  He is very nurturing and caring for the baby while keeping up better with the bigger kids.   He is still our busy boy-- either taking things apart or putting them together.  We have found that he likes cars and trucks with a special love for construction vehicles which bring together the best of the  break/build/moving trifecta.

His smile lights up the room, his beginning words more frequent and his adventures dunking in the toilet less frequent.**  All in all, he is becoming one heck of a little boy.


*If that's not enough. . . we now have four kids in diapers. Granted James is only in night times. . and Daisy is ready but we haven't set the time aside to formally make the leap. . . but still-- we are currently buying diapers for four children.

**Despite having giardia for almost two years of his life-- he has an odd magnetic relationship with standing water.  ie.  drinking out of a puddle on the deck etc.   Matt has contemplated calling him Darwin because of his combined sense for adventure and lack of self-preservation.

Last week I found him on a ladder eight feet up in the air.  AWESOME.  It's amazing what an industrious two year old can do with thirty seconds of unsupervised play.  Lesson learned, Mama.
Posted by Dana at 10:21 PM No comments: