We are celebrating at the Fitz household-- one year ago a small boy joined our family.  Happy Gotcha day to Simon Tirfe. 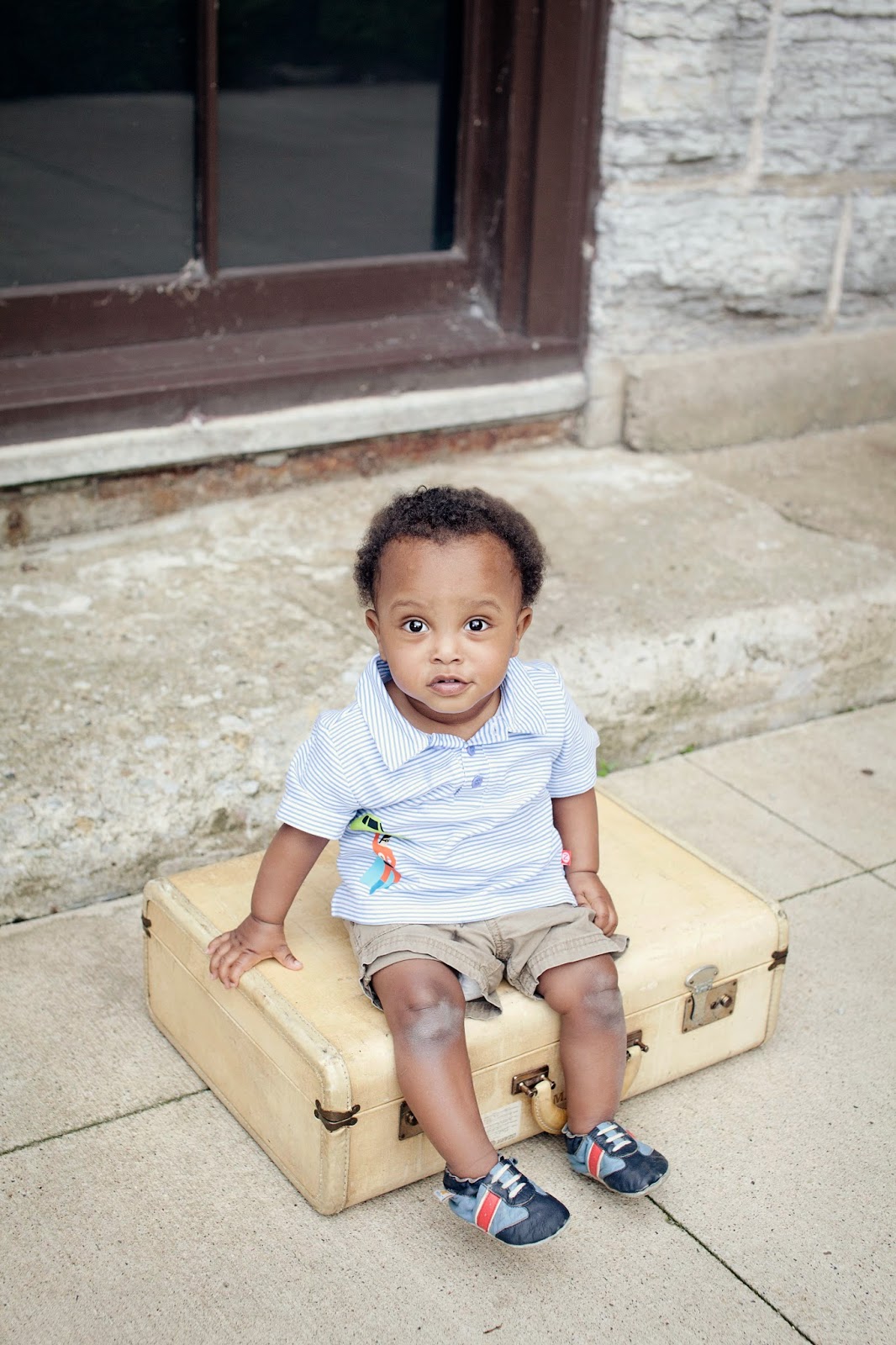 It's been an amazing year for him and even more amazing for us.  A year ago, he was a baby and now he is a running, busy toddler.  He is perhaps the most curious little boy I have met-- constantly moving, exploring, thinking, touching.  It's a bit of a handful as a two year old-- but I bet he is someone who will scale Everest- just because he wants to see what is on top.  He has so much to do in this world . . .

We are so grateful to have Simon in our life-- it's been a tremendous honor to be part of his journey. 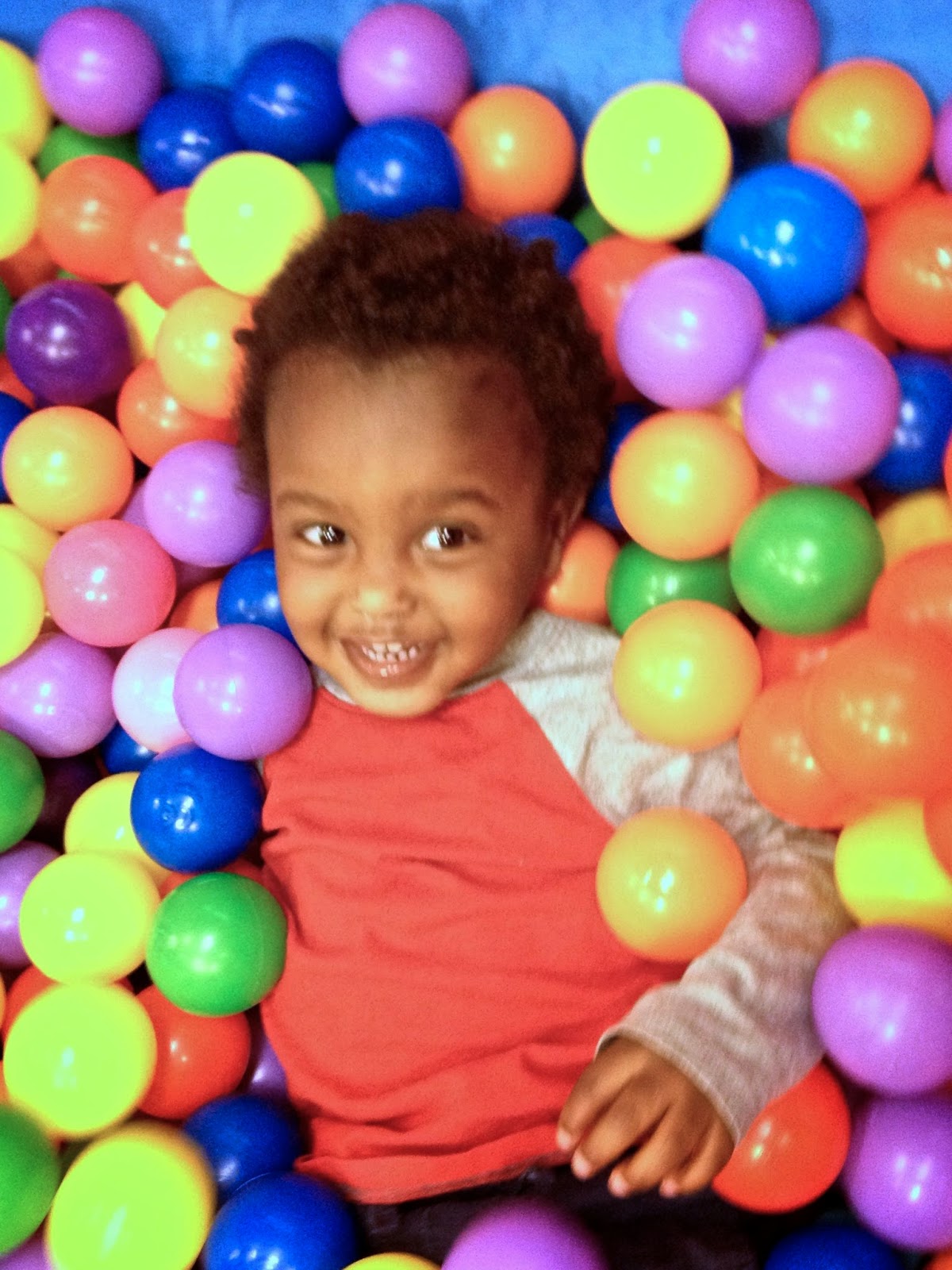 
I am late on posting the news-- but I posted on Facebook, so I am covered.  :) Life with little M is going well-- everyone seems to be adjusting well to the new addition and we are maximizing sleep as best we can with an infant!  It's been a busy couple weeks but will hopefully slow down a bit as Nana is here to help!  Yay for reinforcements-- especially of the Nana variety.

All are in love with our sweet girl.
Posted by Dana at 1:33 PM 3 comments:

Well, my due date has come and gone and Matt is starting his third (and final) week of paternity leave.  No baby.    I wrote here before that this pregnancy has been very different than my other two-- I've had significant contractions for several weeks and yet this is my longest pregnancy.

All is probably working out the way that it was intended and I have been lucky in that I have felt very good at the end of this pregnancy.  It wasn't until last week or so that I finally started to feel the underlying exhaustion that claims many women's entire third trimester.    In other news on the "things working out" front, we ended up moving this week.  We found a house that was a much better long term option for us.   Although we thought we would have a baby before we moved, we instead moved the day before my due date.  Great timing, I know.

If this were Sesame Street, I would say that the word of the day was friendship.  We've been blessed with some truly amazing people here in Ketchikan who in essence saved our butt to help us get from one place to another despite the fact that day by day we didn't know if we would even be able to participate in our own move.  Although it was a messy day- we are almost entirely settled in our new space.  And let the angels sing. . . .it's not month to month.

One other blessing was getting to take part in the Ketchikan 4th of July festivities.  It's a big deal here-- tons of booths, a parade, great food and barbecues.   I feel like we were really part of the community today and I am so glad that we didn't miss it due to that pesky baby.  ;)

We've been talking lately about how our other two births have been very indicative of the child's personalities.  James was induced. . . .which is so very James-- thinking long and hard before commitment.  Daisy sprang into this world on her own schedule- six hours after the joy of my water breaking at Pizza Luce- determined, plucky and headstrong.  This baby faked me out for several weeks, a couple nights in Labor and Delivery only to wait to come after a big transition.  If historical patterns hold, this kid is either a joker or entirely considerate.

So that's all for the baby posts. . . . one day past due and still waiting.  We did talk to our OB about how this works from here-- how long we go before inducing, how to stay* in labor if more contractions start etc.   I feel like we have half a game plan so that helps.

We've all lost the pool for when baby will arrive- but revised bets are forming. Baby watch marches on.

*Starting labor hasn't been the issue-- I've had many nights with contractions 2-3 minutes apart only to have them magically clear up at 7:00am.  The trick is making the labor stick the landing.
Posted by Dana at 12:09 AM No comments:

It's almost the end of June and I realized that I nearly missed CMV awareness month.  Pardon me while I step onto my soapbox.

I have had the good fortune to connect with many CMV families and although many doctors will tell you that it's rare-- it isn't as rare as you might think.  In fact, I have been amazed by the number of friends or friends of friends who have both lost kids and/or are dealing with devastating  situations due to this scary virus. 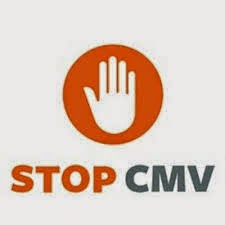 Our CMV story so far has been a very blessed one-- but there are many, many families caught off-guard by a disease that is under-represented in pregnancy literature.  I think many women during pregnancy are prepared mentally for risks-- some of which are well documented and many that may not register fully.  CMV was a virus that I didn't read about, didn't initially suspect when we failed our newborn hearing screen, nor did our medical providers lead us down a path of identification or toward treatment of CMV.
It was off the radar for many, including me as a new mom.

It wasn't until Dr. Google and a little help from clinicaltrials.gov that I brought my suspicion to my OB, who thankfully listened to me.  If it weren't for his follow up, we would still be 'un-diagnosed' hearing loss. (And we would have missed the opportunity to proactively treat.)
I have read that 1 in 150 kids in the US are born with congenital CMV. That is a pretty significant population for something that may be at best a blip in a pregnancy book and never brought up by your OB.


Only 13% of women have heard of CMV. More children have disabilities due to congenital CMV (cytomegalovirus) than other well-known infections and syndromes, including Down Syndrome, Fetal Alcohol Syndrome, Spina Bifida, and Pediatric HIV/AIDS.

Cytomegalovirus (CMV) is a common virus that infects people of all ages and is usually harmless to people with a healthy immune system. Women who have had CMV earlier in life are thought to be immune to the virus with low risk of passing on to their fetus.  However, if a woman develops a primary infection during pregnancy,  there can be a number of risks to the baby.

How do you know if you 'caught CMV' during your pregnancy?   You may not. . . in fact many CMV infections produce no obvious symptoms.  I didn't remember ever getting really sick during my pregnancy with James-- sure there may have been one day where I went to bed at 8 instead of 9. . . . or felt a little extra achy. . . but many of the symptoms of CMV could also be symptoms of pregnancy itself.  You are hosting a parasite after all.

How can you help? Talk about it!  Get it on the radar! CMV is common enough that it should be on the minds of pregnant women as a real risk.  Personally, I think it's smart to find out if you have had the virus in the past prior to getting pregnant-- but if that's not an option . . . be smart (maybe not paranoid) about personal hygiene, especially around children.  Don't lick the spoon after feeding a baby. . . . wash your hands regularly. . . . don't share food with people who may be sick.    Being sick while pregnant blows anyway-- let's avoid it if possible shall we?

There are studies looking into treatment for women and unborn children who are infected in utero.   Knowledge is power and you may find yourself with some options if you know how to talk to your provider.

Not to be all gloom and doom, many children with CMV are asymptomatic and many are like James, who have mild/moderate hearing loss.  Those are the lucky ones though-- this can be a truly devastating situation for many children.  Other countries are starting to screen for CMV and be more proactive with the treatment for women and children.  Push it with your doctor, it might be worth it.   Once we were able to identify the situation for James, we were able to seek anti-viral treatment that has been shown to reduce risk of progressive hearing loss.   So far, we have been lucky and his hearing has been stable.  We won't know if it was because of any special treatment or not, but I feel good as a mom that I advocated for my child, did everything in our power to keep him as healthy as we could, and gave him his best shot against a nasty virus.

Stepping off my soap box now.