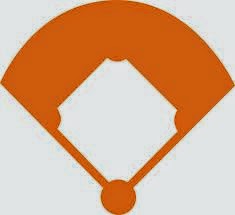 I recently had my 28 week OB appointment and am pleased to announce that I am officially in my third trimester and baby and I are both healthy.   I have some additional good news-- my "aggressive handwashing"* plan is paying off.  I am still showing that I have not caught Fifth's yet.  This is awesome news because-- I am now carrying an almost 29 weeker and even if I were to get it, the baby is in a much better place with every week that passes.   I am going to do one more screen to make sure that I haven't caught it but for now we are passing around high fives.**  Thanks for all the kind words-- not fun to re-visit the peri-natal viral crap again.

I won't make this long since no one really wants to hear a preggo complain about their new body, but I am excited about a recent breakthrough.

Each pregnancy has been an experience in management of acid reflux (a condition I never had before pregnancy and thought you were only vulnerable to if your diet consisted solely of chili fries).  Although it's fun to OD on Tums and OTC medications, puking on demand is not a parlor trick I was looking to cultivate.

I recently cut out caffeine from my diet entirely and although I spent almost a week feeling like I was hit by a semi, I am finding my reflux manageable for the first time in any pregnancy.   I wasn't a crazy caffeine addict (ahem, Matt) but I did have a small cup of coffee each and everyday for the last 20 years.   It feels pretty powerful to be free from that sort of vice for the first time ever.  I am preggo, hear me roar.

I don't have a good solution for the drowsiness I feel every day around 3pm*** but since life is a little slower around these parts, I can often sneak away for a little siesta.  I am hoping that it will pass eventually--but that could just be pregnancy as well- which God willing, will also pass.  :) ****


All else is well on our front-- more to write about later!

*Their words, not mine.
**Purell immediately after.
***I blame Oprah.  After my mom passed, I found great comfort in Oprah's show and would frequently nap after school with Oprah on in the background.  It's weird, but years later (and after I cut the cable cord), I still use the code word Oprah's On as a way to indicate that I will be sneaking away for a late afternoon nap.
****Even though this isn't my first rodeo-- it is the first time I realized that the second trimester is actually much longer than the first or third trimester.  Huh. Who knew?   Fuzzy math.
Posted by Dana at 6:12 PM

Email ThisBlogThis!Share to TwitterShare to FacebookShare to Pinterest
Labels: Pregnancy