One of the struggles I have found with blogging is a lack of computer time and the lag between an event and the opportunity to sit down and think about it.

Last weekend we were jam packed -- and it was a little more than what I could have anticipated.  Notice-- there is no word after "more"-- as in I was kind of all over the place emotionally.   I often find that the times that are most challenging for me are immediately followed by experiences that are immensely rewarding, gratifying or loving.  Call it my rigged relationship with my guardian angel or call me blessed.  I am the happy recipient of both.

Friday we had what one would classify as an adventure but I would like to further classify as a shitty adventure.  We made a dumb decision-- we ordered some Indian take out that normally the kids have no interest in eating (plus they had already eaten.)   One of the dishes we ordered was a naan with some mixed ingredients-- including cashews.  We know from past experience that James (our classic atopic kid) is allergic to cashews.  It's been two years since he had any sort of reaction and I am sad to say that we had grown a little lax about it.  We have ordered cashew dishes from restaurants in the past but have always had the philosophy that as long as James doesn't eat it-- it's fine to still have it around.

Well, let's just say that James did a little counter surfing and quickly told us that his mouth hurt. We threw some benadryl in his mouth and administered his epi-pen.   Although we left the house in good shape- by the time I had parked at the hospital he was having a hard time breathing again and was covered in hives.  During the triage process I noticed that is O2 Sat was dropping and I called Matt to get down there.**   I was quickly getting the vibe that the situation was worse than I originally thought. 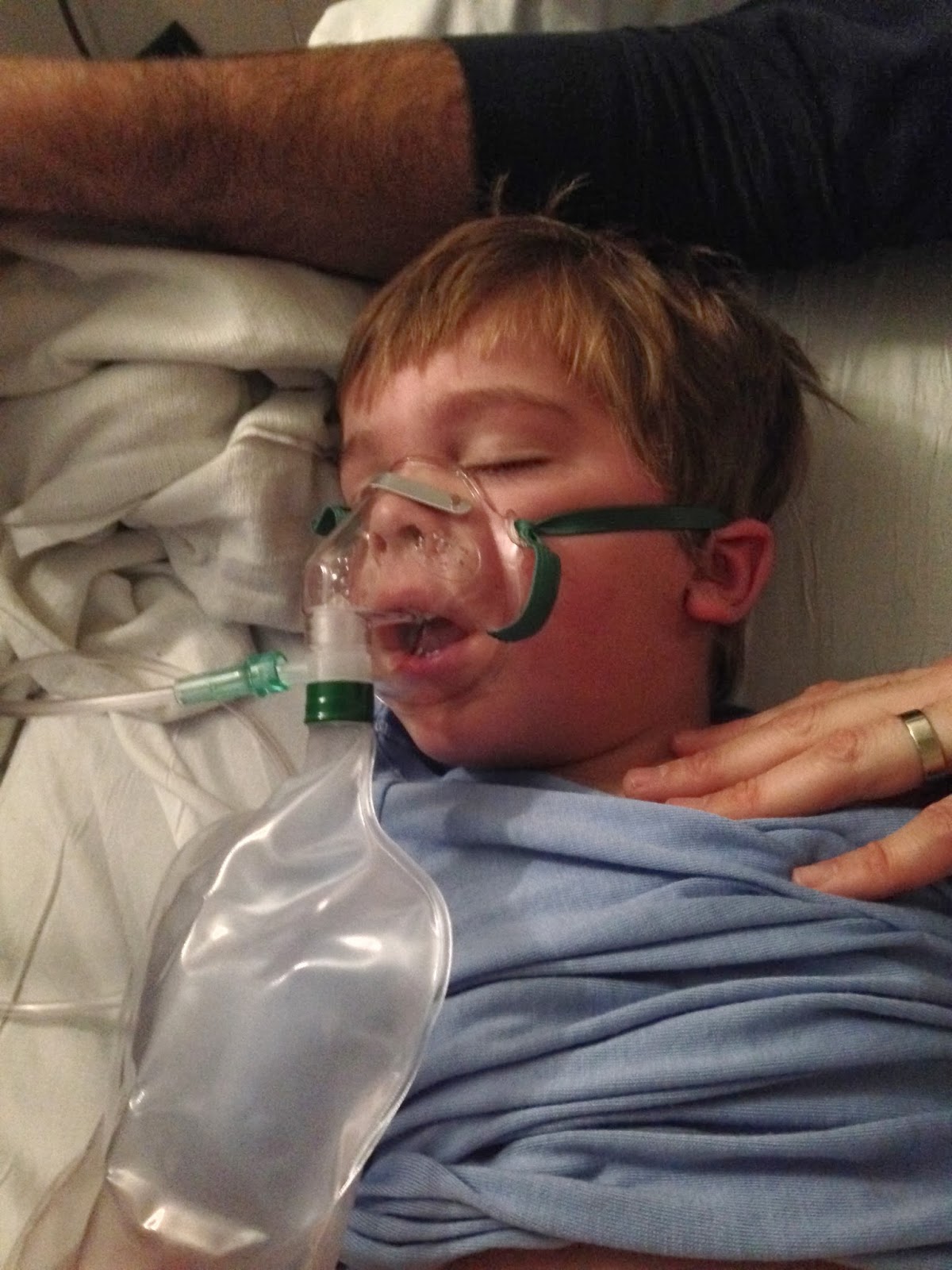 At the end of the day, it was probably the asthma that complicated his treatment and getting the reaction under control.  I don't know if the doctors ever thought we were in true danger but I do know that we couldn't have managed the situation at home.  In hindsight-- I wouldn't rely on the epi pen again while I park the car.

James spent the night at the hospital and got to take his first ambulance ride as he was transferred to a children's hospital.  He spent the night grasping for air, swollen and hallucinating****It was horrible to see your kid in that condition and I wouldn't wish that experiencing on any mom.   The next morning, James woke up at the hospital like it never happened.  He watched tv and ate breakfast in bed.  In fact when it was time for check out he didn't want to go home--- why would you when they serve pancakes in bed, have the Nickelodeon channel and the nurses bring you unlimited teddy grahams?  High living.

I was driving home after picking up my car and started crying because it felt like I  nearly lost my child over being careless about our take-out choices. Lessons learned:  1. James reacts very strongly and quickly to allergens. 2. Call an ambulance.  3. The Fitzfam will now be embracing italian/mexican take out-- as we are done with asian/indian and all other restaurants that serve cashews on the menu and 4. We are going to need to talk to all future teachers, play dates and care-takers about this allergy as the epi pen is no longer just a cute accessory that he takes along wherever goes.

We had just enough time to shower and pick up our kids before heading to a going away party.  Being around friends was probably the best thing for all of us-- despite the fact that I was running on a combination of adrenaline, lack of sleep and appreciation for the wonderful friendships in my life.   Thanks to Jen and all for a lovely night and thanks to all my ladies some very special friendships that have been a true high point in my life.  Sometimes its within the mucky that you find the support you need.  I am really blessed on many fronts, especially with amazing relationships. 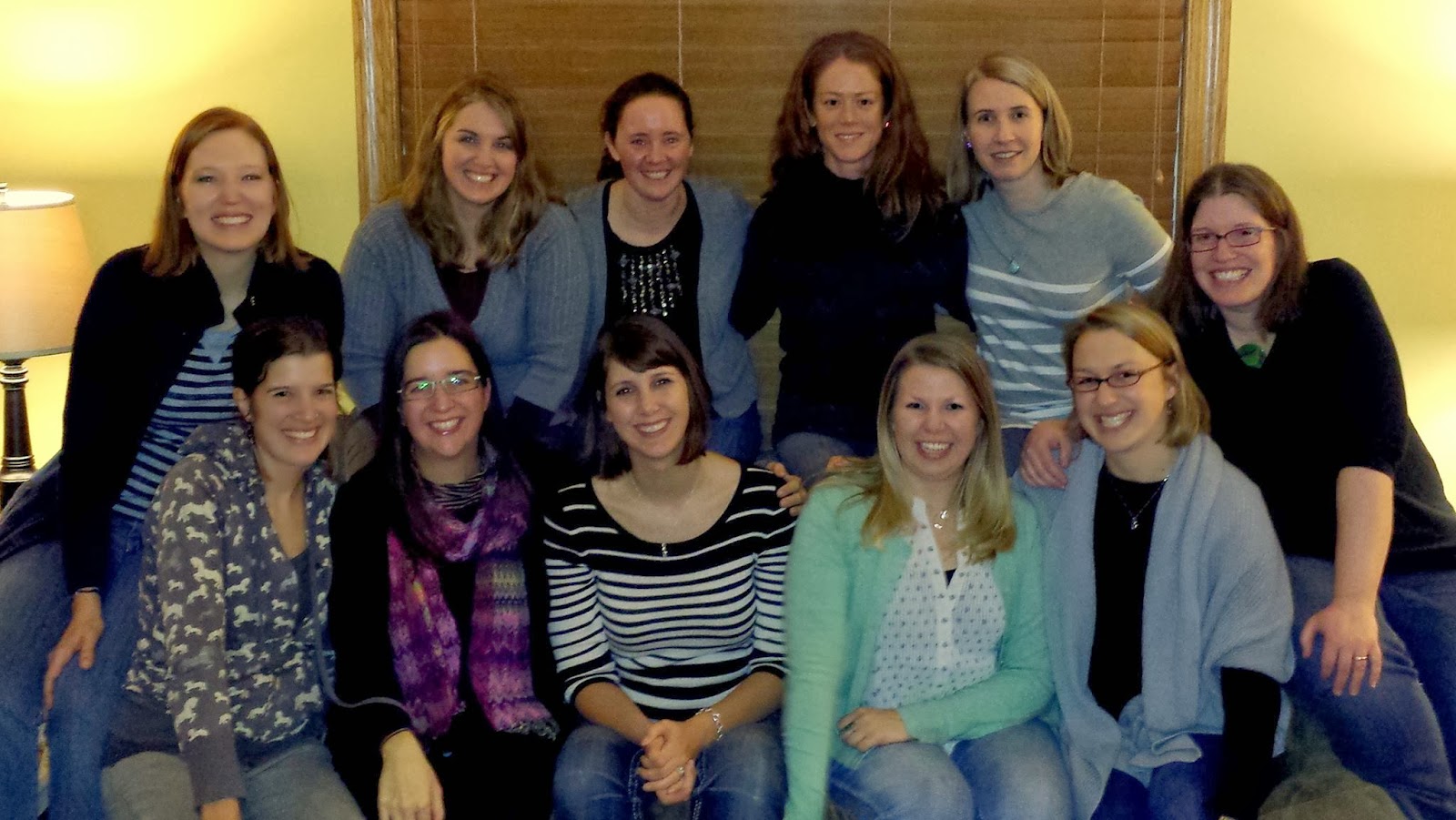 *In college I lived with some roommates and we would start our house meetings with a round of weekly highs and lows.  Ironic as I said goodbye to many of those folks on Saturday.
**We were also getting triaged in front of cardiac patients. Not where you want to be.  That and we had something like 8 ER staff swirling around us.
****For the record, his halucinations were about not being able to see the TV.  I kid you not.  This is apparently what makes a four year old have nightmares.
Posted by Dana at 5:12 PM