Despite having "oodles" of time* I have yet to fall into a regular blogging pattern.  You could technically replace blogging with just about any verb but that's my issue.

There is a lot to catch the internets up on, and by internets I mean the few friends I know who actually read this thing.   So here it goes-- the mega post.

We wrapped 2013!  We declared it the year of Faith and although we had less tangible goals than we have had in the past we have had several heady conversations as a couple about what our life together should stand for and how God fitz into the greater plan.   The other big win from this was the peace I felt in light of the many unknowns around us.  Although there is less to write about regarding faith, this really ended up being a good theme for 2013.

So a year in recap--

So 2014 will be a very different year for us-- we are set to leave Minneapolis in a few weeks and are excited about what this next year has in store.   We also haven't celebrated our 5th anniversary yet (which was December 31) so no discussion on an annual mantra.     I celebrated the new year with a flu/cold thinger that knocked me pretty hard on my arse.  All resolutions and deep thoughts pending until I have the energy to think with both hemispheres and possibly less a toddler. 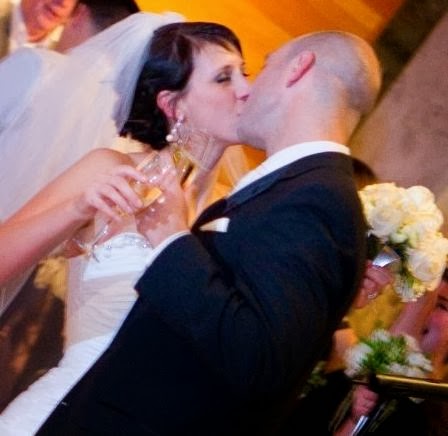 *And a healthy dose of sarcasm.
**My sister in law Mary was even in the cast!
***As in more frequently since college.
Posted by Dana at 5:19 PM