As you may have caught in earlier posts, I have a friend who is very ill.  A few weeks ago, we talked about the stress of being very ill and dealing with the many folks who want to help, stop in and say hi etc.   It's overwhelming.  I proposed the idea of doing a concert in her honor (she is a performer) so that she could take in a little theater and also have the opportunity to connect with many well-wishers.  Well, my little concert grew in scope and vision. ;)  Shocking, right?

Well as it turns out, this was the biggest party I have ever thrown.  (which says a lot considering directing plays and two weddings).   It was also far and away the most satisfying "production" I have ever been involved with.   Based on programs printed, we think we had nearly 500 people attend this event, 130 silent auction items, 1500 pieces of dessert,  500 ThanksLiving bracelets, 100+ awesome volunteers, 99 balloons (one popped) 25 strings of lights, 60 performers including 2 bands, 2 choirs, a photo booth, a putt putt game and a giant chicken.

(Yesterday, I thought of having a face painter.  Ugh, where was that idea 2 weeks ago-- that would have been awesome.  Let the record note, that if I ever have a living wake, I want my face painted.) 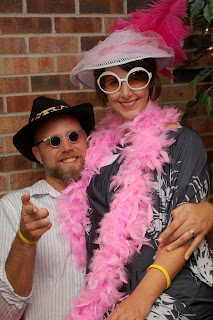 So for as much as this was gratifying work, it was also very heavy work.  I quickly came to realize how much my friend means to so many people.  Many of the emails that I worked through mentioned their love for her and how much her life has touched theirs.  It's pretty humbling to have awesome friends like these.  It also meant that I was in a very reflective space for the last month or so. 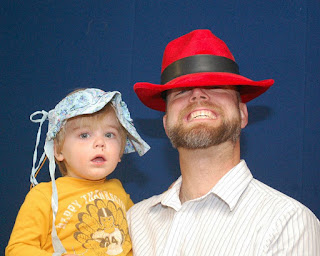 Also humbling, was realizing how much my community supported me in taking this on.  I got several notes from friends who had never met my childhood friend but wanted to send good vibes for the weekend.  My sweet husband even begged his way out of a Saturday night shift so that he could come down to Rochester (on very little sleep) and spend the day with me blowing up balloons, moving tables and providing a shoulder for the occasional tear.    I really appreciate all the kindness given from all directions.