As I said earlier, one of the reasons that I wanted to blog was because I found a lot of comfort in reading the blogs of other people who were dealing with children with either physical or developmental delay.  We found out James had CMV when he was 8 weeks old and it seemed at the time that there were a lot of unknowns (and a lot of statistics.)  When I was looking at my little guy, I found a lot of comfort from reading other mommy blogs and seeing how happy their children were and how life continued on.  Those were really dark times for me and I found a light at the end of the tunnel because of the blogger community.

When James was born he was seemingly super healthy.  He even had a 10 on his apgar!  We were really surprised when he failed his hospital hearing screen.  The nursing staff told us that about 1 in 10 kids fail the test but only 1 in 1000 have hearing loss.  He failed again the next day.  We left the hospital thinking that it was still unlikely that there was a real issue but we would go back and test in a couple of weeks.  He failed again and we knew that at this point we were probably dealing with something. Call it hormones, call it sleep deprivation. But this was tough news to take.  As someone who gets such love out of music and dance, I couldn't imagine my little boy not being able to hear. I had a very emotional response, one that very much wanted to pick him up and protect him. I think this is where I became a mother. 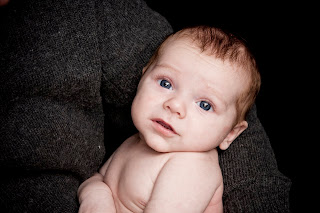 This is the part of the story where I need to talk about advocacy.  No one would have caught his diagnosis had it not been for the good people at google.  They checked him for syndromes, and for Connexin 26 (hereditary loss) and he showed no evidence of either.  We were told at this point that it would be unexplained loss.   At this point my good pal over at google had brought up a whole host of 'other' options.  Many of those other options were pretty scary but again, because James wasn't showing any other developmental delays it seemed unlikely.  I brought up the idea of CMV to my OB who said that we had nothing to lose by testing and sure enough I showed a recent infection.

Wiki: Although they may be found throughout the body, HCMV infections are frequently associated with the salivary glands.[2] HCMV infection is typically unnoticed in healthy people, but can be life-threatening for the immunocompromised, such as HIV-infected persons, organ transplant recipients, or new born infants.[1] After infection, HCMV has an ability to remain latent within the body over long periods. HCMV is found throughout all geographic locations and socioeconomic groups, and infects between 50% and 80% of adults in the United States (40% worldwide[3]) as indicated by the presence of antibodies in much of the general population.[1] Seroprevalence is age-dependent: 58.9% of individuals aged 6 and older are infected with CMV while 90.8% of individuals aged 80 and older are positive for HCMV.[4] HCMV is also the virus most frequently transmitted to a developing fetus. HCMV infection is more widespread in developing countries and in communities with lower socioeconomic status and represents the most significant viral cause of birth defects in industrialized countries. CMV "seems to have a large impact on immune parameters in later life and may contribute to increased morbidity and eventual mortality."[5]

Once you have CMV  you have an immunity to it, but if you get it for the first time during pregnancy it cause some issues with the baby, the most common of these is hearing loss.

There is so much about becoming CMV positive during pregnancy that didn't make sense.  Kids are the biggest class of CMV carriers: one kid licks another kid at daycare and the whole day care gets sick.  After spending summers at camps, years teaching dance and directing theater for youth I never got CMV.  I get pregnant during the swine flu, avoid kids like the (ugh) plague and get CMV?  Didn't really make sense, but life is often that way.

The biggest benefit for the diagnosis of CMV is the early intervention we were able to receive.   We transferred our care to the University of Minnesota, where they are a world-class facility for CMV research.  We were able to try a rather aggressive anti-viral therapy which is shown to reduce the progression of hearing loss and now we are waiting to see how things turn out for our little guy.  We also linked up with our school district for speech therapy and developmental monitoring.

We have been blown away by the kindness of people and the availability of services in Minnesota.  It's been really helpful to be part of this community.   18 months later, we have a beautiful little, bionic boy.  He loves music, loves dance and I have to laugh a little at myself for those dark times.  I am reminded that imagination can be your worse enemy when faced with bad news. It has been so much better than I ever thought-- thank you to all the bloggers out there who helped me get through what seemed like very bad news.

Email ThisBlogThis!Share to TwitterShare to FacebookShare to Pinterest
Labels: CMV